Is the Startkit capable of doing CNC?

All technical discussions and projects around startKIT
11 posts

Is the Startkit capable of doing CNC?

Any chance this board could run a CNC milling machine?

Galane wrote:Any chance this board could run a CNC milling machine?

If an Arduino can then so can the startkit how ever you will need additional hardware!
Top

What sort of additional hardware? A motor controller slice card would be a very useful peripheral, especially if it can output step and direction signals for four motor drivers.

I wouldn't want little motor drivers directly on the card, that would make it less useful than just having control outputs.

Or would it be possible to program some of the I/O pins to be motor driver control signals, limit and emergency stop switch inputs and other things like inputs for linear scales?
Top

Going by arduino, reprap and printerbot along with other cnc mods.

You would use the startkit to control a motor driver board and then the driver would control the motor's. I have seen Pololu drivers chosen alot http://www.pololu.com/category/9/motion-control-modules
Top

Pololu drivers are really nice little boards, especially if coupled with small heatsinks. But you can use any A4983, A4988 or DRV8834 board. There are plenty of cheaper clones on the likes of ebay, DX, and aliexpress.

DRV8834 boards are especially nice when driving small, low voltage stepper motors. They can operate from as low as 2.5V.

While not ideal, you can have the drivers on lined a bread board and connect them with jumper wires to the StarterKit. Not idea, but certainly doable since you only need step, direction, and a common ground connecting each to the StarterKit.
Top

I was thinking of stepper drivers like these. http://stepperdriver.org/products/type. ... 26&cID=251
Top

Galane wrote:I was thinking of stepper drivers like these. http://stepperdriver.org/products/type. ... 26&cID=251

Never tried one of these, as they are too expensive for the type of machines I have/use. 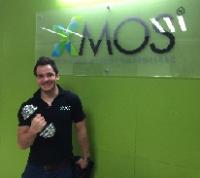 Quite an old video of a laser engraver here:

For under $100 on eBay there are sets of three drivers like that, capable of running 4 wire motors up to 5 amps. Comes with a parallel port cable and BOB but no power supply.

Spending just a bit more will get more powerful motors, but it's better to just go direct to Wantai Motor or Longs Motor (same company, Longs is the English site) and tell them exactly what you want.

I bought three drivers, three 1600 oz/in NEMA 34 motors and three 60VDC power supplies from them. The kit included a cheap BOB and a parallel port cable. I bought a better BOB for $15.

These motors have more torque at a lower RPM than the peak torque at max RPM of the massive 140VDC servo motors (at least 3x the size) they're replacing on my 24 year old ACRA knee mill. I've tested one moving the table X axis with Mach 3 and after a bit of adjusting the speed it moves pretty quick.

If the startkit board can be programmed to output four (or more) sets of step/dir signals and accept input via the USB port or an Ethernet slice card or ??? it could make a quite nice and very affordable motion controller. Whatever is used for driving the motors doesn't really matter.

That looks veeeery interesting to me. Problem is my programming skills are veeeery rusty, the last programming I did that wasn't a DOS batch file was TI Extended BASIC on a 99-4/A. I wrote a random character generator for a Marvel Superheroes role-playing game - and did it by handwriting it all on tractor feed paper before typing it into the computer. The paper and disk with the program are long gone.
Top

Full Spectrum laser wanted high precision (1000dpi+) and high speed scanning (many meters per second). Do the calcs and you need to issue steps at 100s of KHz to achieve both of those together.

Most stepper driver ICs can take many hundred KHz step/direction control - XMOS devices are very strong at producing arbitrary timed output waveforms (and can issue step to drivers at full speed), and are multi-core, so fit well for multi-axis stepper control.

The devices also have the horsepower to do the inverse kinematics for motion control, and high speed USB/Ethernet comms for talking to the host.

So startkit is more than man enough to do CNC, if hooked up to the right stepper drivers. It would be like ardunio, except a lot more powerful!

What sort of host interface would you need though? The USB port on startKIT is for debug only (the USB slice kit gives you a user accessible USB port), but you can do file I/O access on the host using stdio.h..
Top
11 posts