All the latest news and announcements from XCore and XMOS.
1 post • Page 1 of 1 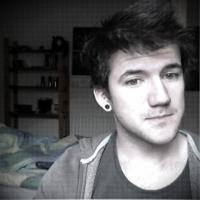 Our XMOS Development Tools has been updated.
It's a bug fix release, here are the resolved issues:

* The 11.2 version of xflash could not produce a flash image to boot a system with more than 2 switches. This is now fixed.
* Enhancement to SPI specs: changed unnecessarily large sector size (32768) to 4096 for Atmel AT25FS010.
* Applications written to flash by xflash using an XN file which contains streaming debug links (for xscope) will often fail to run correctly. To avoid this, xflash now declines to operate with any XN file which includes streaming debug links.
* Previously the default boot loader would choose the last image in flash with a non-zero version number rather than the one with the highest version number overall. This is now fixed.
* Fixed boot failure with N-L1/2 systems with multiple boot sites.

* SetEnv.bat can now be run from any directory