Off topic discussions that do not fit into any of the above can go here. Please keep it clean and respectful.
6 posts • Page 1 of 1

It's official - XMOS is going back to its roots and rebranding as Inmos - and bringing back the transputer! 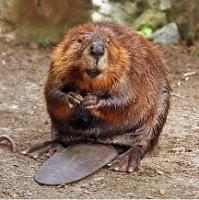 Yea Jonathan ... good trial.
Should we consider it as Solmon or Delphine? :mrgreen:
http://www.pocketmt.com
Top

Oh by the way, I'm told some people didn't realise this was an April Fools'. Sorry to disappoint, guys...
Top

I once wrote an April Fool article for a computer users group newsletter that I edited. It involved brain ventricles expanding and contracting with emotional changes, with the ventricles being monitored through the skull using ultrasonic transducers. Butter was smeared on subjects' shaved heads to help couple the signals. One of the members later mentioned to me that he'd shown it to a colleague of his who worked in brain research, who got very excited about this effect, and wanted more information about it, until he was told that it was a joke article. He should have realised, given that it was the April issue and was supposedly written by a Prof. Dieter Ummkopf. A year or so later, I read about some genuine research into the same effect! I think they used a scanner, rather than ultrasonics and butter.
Top
6 posts • Page 1 of 1