Technical questions regarding the xTIMEcomposer, xSOFTip Explorer and Programming with XMOS.
3 posts • Page 1 of 1 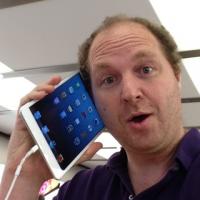 We've been seeing audio output (only output) stopping randomly. It happens at seemingly random times. This is a custom board, based off the xCORE Microphone array XP-USB-MIC-UF216 array.

I saw in another post that somebody else was having the same problem (viewtopic.php?f=37&t=6062), and the same solution worked.

This is quite scary, because, well, we don't have the source code of that library, and clearly the newer version is more brittle than the older version.

Is anybody at XMOS actively working on supporting USB Audio? The last release of the USB Audio stuff (6.15.2) is from April of 2016 (almost exactly 4 years ago), and it's loaded with bugs that haven't been fixed.

I think it is worthy trying the XUD lib mentioned here:
https://www.xmos.com/documents/micarray >> Design advisory: USB audio issue with mic array board >> https://www.xmos.com/published/sc_xud.zip?version=all
Although this XUD lib is not for audio output issue, anyway, this is a updated XUD, may be able to solve your problem as well.
Top

Users browsing this forum: No registered users and 4 guests